Firstly, welcome to our new members, John and Annette Brooksmith, who have joined our club  and joined our happy band of travellers. I hope this outing was the first of many. 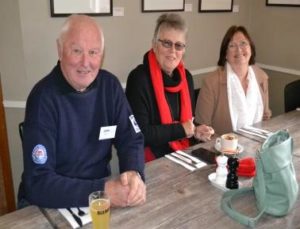 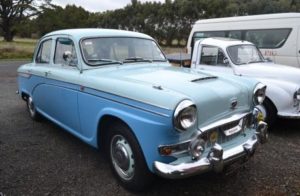 Well, what a great day – the best turnout to a club outing in a long time! Thank you every one that attended, you made the day the enjoyable day it was. As planned, we met at Calder Park BP. Blue skies, not to cold, nice weather for a drive to a country pub for lunch and a relaxed afternoon, which was good because John and Annette were in an ex-army Moke. Not the warmest of cars on a cold damp day! 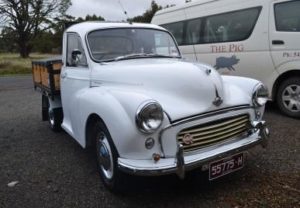 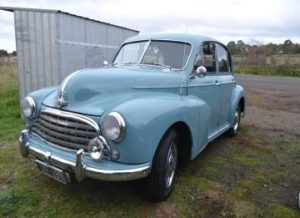 I was in the lead, Stephen was tail-end Charlie, and another trip without losing anyone; we left together and arrived together. By the time we got to Gisborne the weather started to change, and by the time we reached Woodend it was overcast and cold. Trentham put on some of its best weather, freezing and wet, with a touch of foggy mist. It was a great day to be indoors, eating hot food, with great company and a nice warm fire. 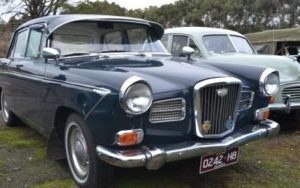 Some members drove a distance to join the outing including Graeme Williamson from Lang Lang who drove his new pride and joy, a Wolseley 24/80; Shane Martin came from Geelong in the big Morris Marshall; and Bill Flaherty drove his Morris Minor from Hoppers Crossing. Other members who attended were the Brooksmiths in their army Moke; Ann and Rob Quinn in their Morris Minor ute; Tony and Marilyn Bullen in their Morris Oxford MO; Scott and Penina Booker (modern); Elaine Booker (modern); Jo-Anne and Kye Davis (modern); Bevan-Rhys James and wife (modern); and Stephen Whitworth (modern). 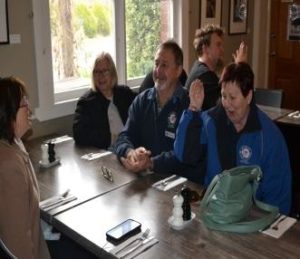 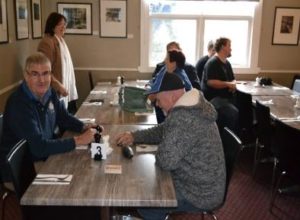