Grille Badges are priced at $30 each (Limited Numbers Available)

Key Rings are priced at $5 each

Lapel Pins are priced at $5 each

If you would like to order any of the 30th Anniversary Morris Car Club (Victoria) Inc Merchandise please contact the merchandise officer.
Visit the Contact Us page to send them a message.

If you would like to order any of the 30th Anniversary Morris Car Club (Victoria) Inc Merchandise please contact the merchandise officer.
Visit the Contact Us page to send them a message.

Tom Hopwood is looking to potentially sell his 1957 A55 (Mk1) Austin Cambridge. She’s mechanically sound, with the engine turning over fine and a recently refreshed starter motor installed. She comes with a later (1600cc) A Series engine from at Wolseley fitted. She’s a four-speed manual and the gearbox is solid.
The interior is in reasonable shape, some tears and fading on the seats and the rear of the headliner sagging, she doesn’t have a fan or radio fitted.
Body-wise she’s perfect, the only thing close to body rust is some surface stuff around one of the boot hinges, underneath is solid as a rock. She’s currently all one colour in a non-factory (but very close to imitation) cream, with dark crimson wheels, fresh tires and hubs.
Her current major issue is electrical, she is in need of a new wiring harness due to neglect and some unusual splicing to fit in an electrical fuel pump. The electric pump itself is a-okay. I’ve been quoted around 700-800 for a new harness without installation.
He can be contacted by email at thomhopwood@gmail.com and can arrange phone contact after an initial email. The car is available for inspection in South Morang by arrangement.
She will come with a spare carburettor and dashpod.
Asking price is 5’500.
He is also open to a trade as well, it’s purely that he’s not outfitted in space or gear to do the electrical work she needs, and she’s too good not to see her back on the road asap.

Tony Walters, son of the late Dr Barrymore Walters who was a member of the club up until his passing in October, 2016 has
some old Morris PARTS including a bull nose radiator (condition unknown) a stainless steel??? radiator cover
( in reasonable to good condition) 2 gold coloured driving lights in excellent condition and some hubs????
and some old rims and tyres (Not known if they’re off a Morris) that he’s wanting to sell as they’re clearing out the
deceased estate. The parts are situated in Yarra Glen. I will attach photos. Just hoping you could check them out
to see if they can be used by any body in the clubs. 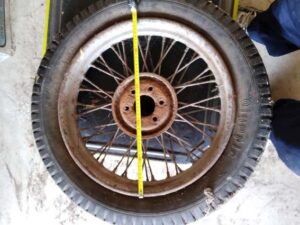 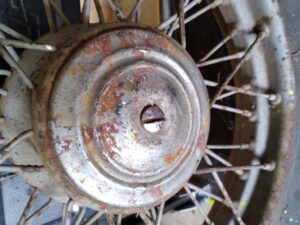 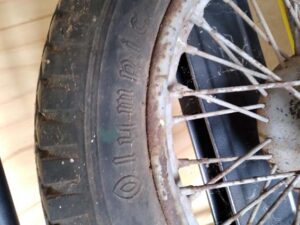 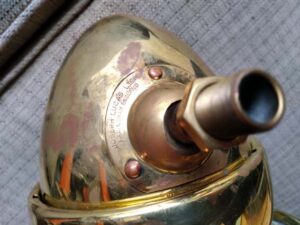 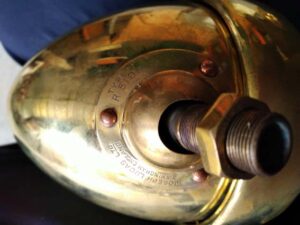 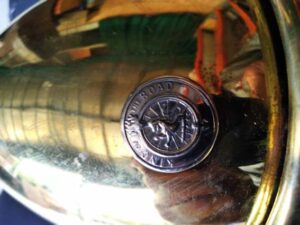 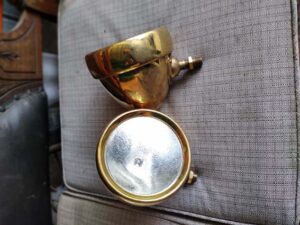 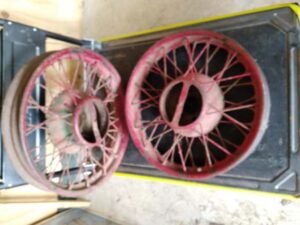 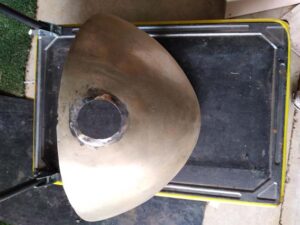 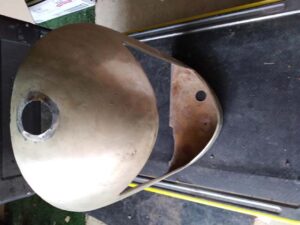 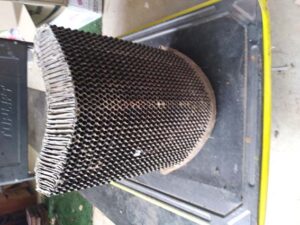 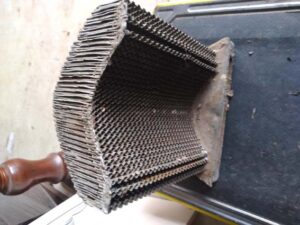 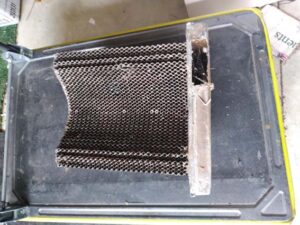 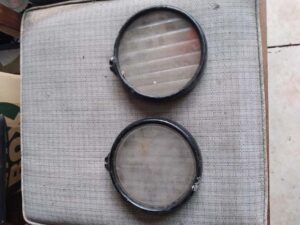 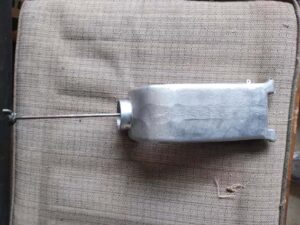 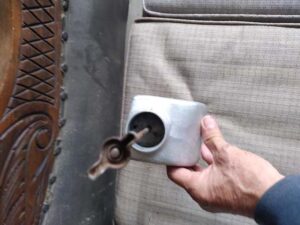 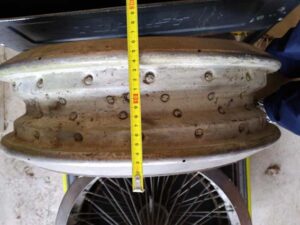 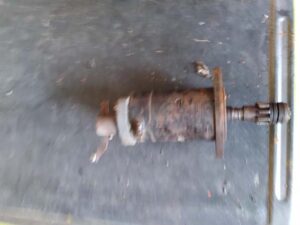 Is looking for a couple of tyres for his Morris Commercial. See below:

As discussed I am after a couple of 5.50 X 18 tyres , any condition, just so I can move it around the shed for the time being. While I start restoring it.

The wheels are 18inch diameter and the rims are 3 and ¼ inch wide.

Bit of history for you, the truck belonged to our next door neighbours farm  up at Harkaway. They had a pig stud and used to take their pigs down to the Dandenong market in the truck, very slowly I remember. It was last registered in 1967,(rego sticker still on it). When they decided to sell the farm they gave me the truck which was in about 1970. We used it around our farm for many years and then it went into the shed and sat there for many years till we sold our property.

I now have the truck up at my wife’s Uncles place and starting the slow restoration process.