Verily didst we knights of the Morris Order assemble at Blenheim near Calder for a pilgrimage to Bungal (pronounced Bungawl, with the emphasis on the second syllable) to visit the estate of Sir Billington Scherek and his collection of steeds. 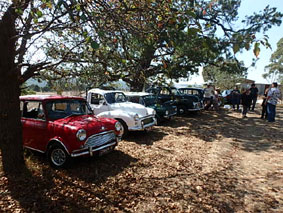 The corral of Morris Steeds

We met at the arranged time and viewed each other’s mounts. More than one commented that Sir Graeme’s filly was appropriate for a manager of banks.

Unfortunately, Sir Chris’ tiny steed had lost her fire, but after some coaxing was finally able to make way. Then Sir Andrew went to start his small mount and found that although she had a good fire in her belly, she was over-exuberant and could not be persuaded to stop.

After some coaxing and adjustment she was finally persuaded to behave in a correct manner.

Some of the knights and Dames were a little too keen for the flight and departed a little early, thus costing them much time as the lead filly took a wrong turn and the planned intersection of groups did not eventuate.

However, all parties ultimately arrived at the destination, some taking a more circuitous route than others. Fortunately the day was bright and the weather fair, so there was no ill feeling about this. 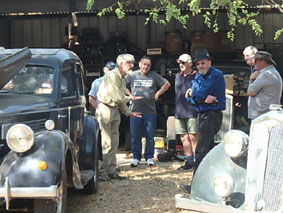 Once at the location, all were impressed, only by Sir Billington’s shiny if a aged steeds, but also his older and worn out mounts that had been put to pasture. All were impressed with his collection (over 150) of retired mounts and his better condition rides. 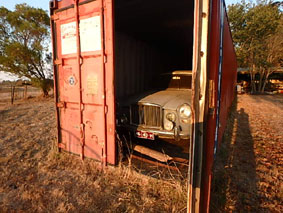 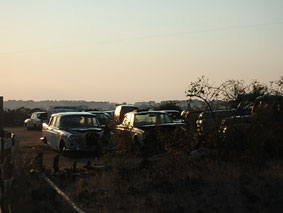 Amongst his better mounts was one belonging to General MacArthur, famous for his campaign in the Pacific against the oriental threat of 70 years past and and a hearse designed to transport the fallen to their final resting place. 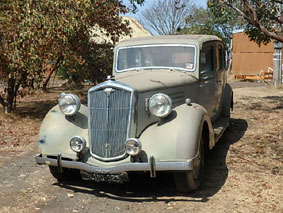 A meal was promised and delivered and despite the inexperience of the camp cook (Sir Andrew), nobody starved and there has been evidence of pestilence contracted from the feast.

After luncheon, a short presentation was made to Sir Billington for his hospitality and generosity within the dining hall of his castle. 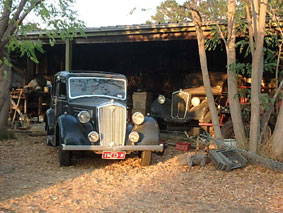 Sir Billington’s Saloon of 25 horses, with his 14 horse mount in the background.

It was time then for many to disperse. However, Sir Chris and Sir Timothy deigned to grace the track with their presence, fancying their steeds as able to withstand the rigours of some faster travelling over ground designed for the purpose. 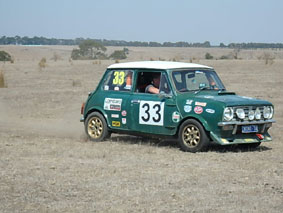 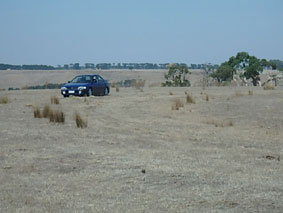 Sir Chris and Sir Timothy try their luck at the track

Sir Chris once again had trouble coaxing his steed until improvement to the fire was realised with a visit to the pastures. The then best time for the day was roughly 40 seconds. Unfortunately a long way shy of the 25 second record set by a commodore of a different chapter, but nonetheless a respectable time, considering the mount and the lack of experience with the track.

A fine day was had by all and many vowed to return to see Sir Billington for advice and further spares.

On a final note, Sir Andrew stayed overnight and upon departure the next day, his mount once again gave trouble, with no fire apparent…largely due to leaving his steed in the light overnight.