What a great day we had! We had the best turn out of members to a Christmas function for many years – 34 Adults and 4 children. In addition to enjoying a delicious meal, plenty of conversation and the company of good friends, the Christmas function was also the time for the long awaited raffle to be drawn – to find out who the lucky person was who would win the very nice Morris Major Elite. ‘The Major’ as it was affectionately known, underwent quite a mechanical transformation prior to the raffle thanks to the hard work and dedication of several club members. 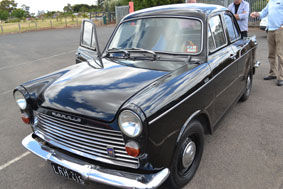 Drawing of the raffle was quite an event with barrel girls and ping pong balls, all overseen by the raffle master Stephen Whitworth. Stephen put in a huge effort setting up and running the car raffle.  The Major now has a new home in Geelong; the winning ticket was sold by Shayne Martin. And Grace Spiteri was the winner of the door prize of a Christmas hamper. 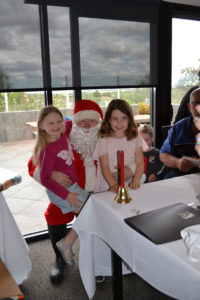 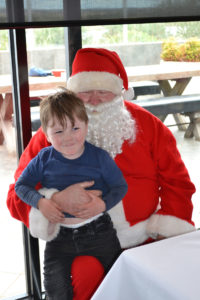 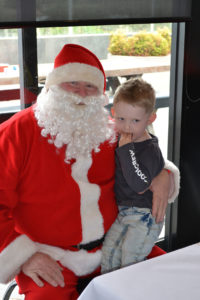 After all of that excitement, Santa arrived, with gifts for the children. Then it was Stephen’s turn to get a photo with Santa – I hope Santa’s knees survived ok, he has lots of work to do in the not too distant future. 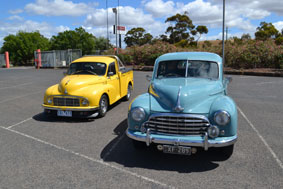 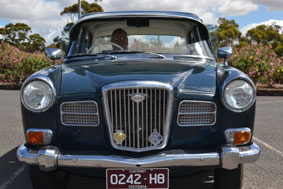 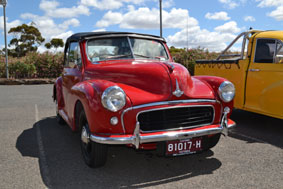 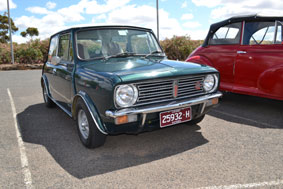 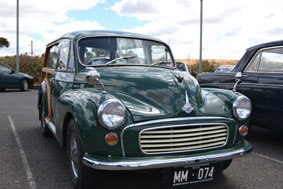 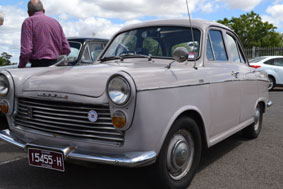 Thank you to all the members who sold and bought raffle tickets; thanks also to Brian in the big suit who was great as usual. Lastly, thank you to everyone who attended and made it another great day out for the club. Attendees: Brian Moore, Stephen Whitworth, Bill Flaherty, Tim Oakley, Geoff Meehan, Rob and Anne Quinn, John and Annette Brooksmith, Ken and dawn Daws, Ian Smith, Joyce and Joe Farsaci, Scott and Penina Booker, Elaine Booker, Joanne and Matt Davis and family, Graeme and Valda Webb, Graeme Williamson, Horace and grace Spiteri, Rod Bowers, Bevan and Adriana James, Shayne and Paulette Martin, Kathleen and Ollie Morris, Tony and Margaret Cronin, and Tony and Marilyn Bullen. 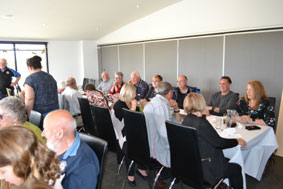 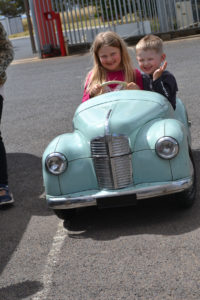